A recent interview between Mammytwink and Zecharia and Lead Game Designer Cory Stockton has revealed a lot of key details about future content in WoD.  Namely Hellfire Citadel is most likely the last raid in Warlords and 6.2 the last content patch.  While Blizzard gave themselves plenty of breathing room to add more content if it is needed, the fact remains that we are at the end stage of this expansion.
Before I dive into a lengthy explanation of my opinion on the matter, I think it might be wise to review what this expansion has been thus far.

November 8, 2013 – Warlord of Draenor, the 5th expansion of the Warcraft MMO, is announced at Blizzcon
Some lucky Blizzcon go-ers are able to play an early version of the game.  WoD is described as beautiful to look at, but not very far along development wise

November 13, 2014 – Warlords of Draenor Officially Launches
The Dark Portal opens and players pour into the timey-wimey alternate universe world of Draenor.  First impressions are fantastic: questing is the best in game and the world looks beautiful.  However, a lack of endgame content, weak profession design, and dependence on the garrison burns some players out rather quickly.  The expansion costs $10 more than previous expansions.

February 24, 2015 – Patch 6.1 drops, the first major patch of Warlords
Despite being a major patch, 6.1 is rather light on content.  Twitter integration, the last of the new models, heirloom tab, and garrison changes are all added.  General consensus is that this is a minor patch at best, and the leftover cleaning up from launch at worst.
Shortly after, Blackrock Foundry opens up and the first raid tier is finished.

June 23, 2015 – Patch 6.2 drops, the second (and final?) major patch of Warlords
6.2 is the first patch with actual content added to the game.  The patch brings Tanaan Jungle, the Shipyard, Hellfire Citadel, Mythic Dungeons, and assorted Bonus events such as Timewalking.  Much of the content feels like final patch content and Tanaan bears many similarities to Timeless Isle. 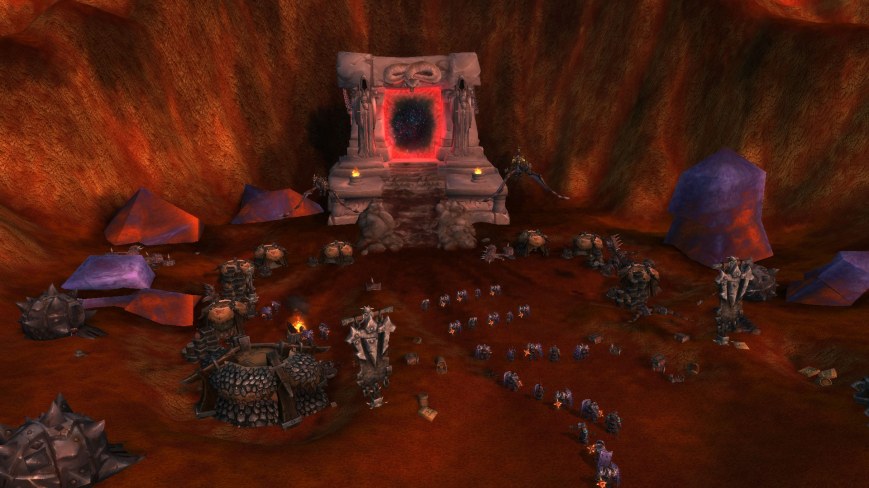 When you look at the overview of WoD, it seems truncated somehow.  Almost as if we are missing a patch in between 6.1 and 6.2. On top of this, the endgame content and story has been rather weak.  When you compare with Mists, the expansion just before, Warlords seems rather… lame.

I think Blizzard’s attempt at pushing out content at a faster rate has seriously crippled the Warlords expansion.  There was huge potential for an epic remix of Burning Crusade but what we got was not quite that.  The WoD we got was a half finished ‘almost expansion’.

Warlords hasn’t been all terrible though.  I strongly believe that the leveling of this expansion is the best in game.  The storytelling in the 90 to 100 experience is truly amazing. Cinematics, treasures scattered about, and all the little details help to build a complete and fantastic experience.  And, the leveling experience is very repeatable.  I truly hope that Blizzard recognizes WoD’s leveling experience for it’s strengths and uses the same design next expansion.

The endgame unfortunately has been less successful.  This has been covered time and time again, so I don’t need to go into much detail.  The general idea was that there was little to do or nothing compelling, and after particularly strong leveling content this really showed.

6.2 being the last patch is slightly disappointing to me.  Not because the patch itself is light on content (on the contrary, this patch could easily last myself personally a year) but because of the track record of the expansion.  If we end Warlords like this, the expansion will feel unfinished and half done. No other expansion has felt this way.  Even Cataclysm, for all it’s faults, felt like a whole expansion.  Warlords as it is feels like it is missing parts.

So I sincerely hope that Warlords is not over with 6.2. Maybe we will still go to Faralon? Maybe we can deal with the fungus that threatens to swallow Draenor?  Maybe we can learn more about the titan influence on the planet? There are so many loose ends that Blizzard can pick from to tie up.  Warlords needs at least one more patch to ‘complete it’.

Because as it stands, Warlords has had exactly one patch with actual game content.  Mists, the expansion right before had four.  Four patches where new content, new dailies, new zones were added.  In order to hold up to a precedent like that, WoD needs at least one more totally awesome batch of content.  I suppose Blizzard could just cut their losses now and wrap up Warlords quickly but that will stain their reputation.  And while Warlords was an ‘almost’, it shouldn’t be a stain.

One thought on “Wrapping up Warlords?”